Back in 2005 when I did this shoot ‘do it yourself’ websites and social networking were still in their infancy, so models were more likely to use agents/managers to manage their online profiles. Jaki Leigh was one such model.

Fortunately her agent turned out to be a friendly outgoing chap so the arrangements went smoothly. I think he did a bit of male modelling and was a stripogram/male stripper. I met them in a car park in South Shields and he took me to the location at the beach. When I say beach, it was really the bottom of a cliff side, with the North Sea waves breaking on shore.

I can’t remember the reason why but it was an evening shoot, with the first photo not taken until after 1930. But it was the height of summer so we still had some daylight to work with.

You may be wondering why I’ve said nothing about the model so far. Well in truth she seemed shy and hardly spoke during the whole shoot, she left all the speaking and directions to the agent. Turned out she was just a beginner and this was one of her first nude shoots. She had a nicely toned little body and good skin tone.

For the first theme of this shoot Jaki slipped on a sexy white bodysuit, after which her agent quickly slapped a layer of baby oil onto her. Although I think the oil may have been a convenient excuse for him to get his hands on her, it gave her skin a nice shine. Perhaps the bodysuit was an unusual choice of clothing for shooting by the sea but I just went along with it.

To see all 33 high res photos from part 1 of this set check out the BentBoz zip files, which contains photos from 3 sets in total (6 zip files). 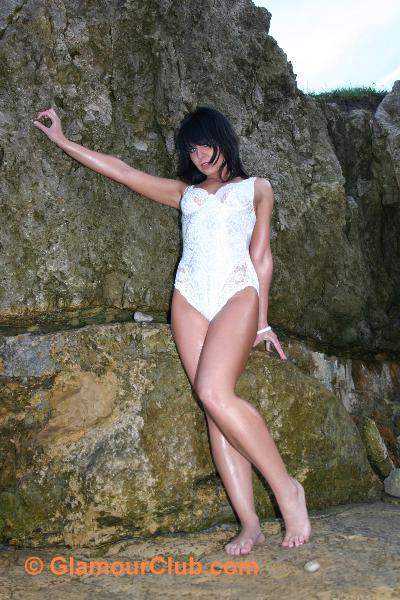 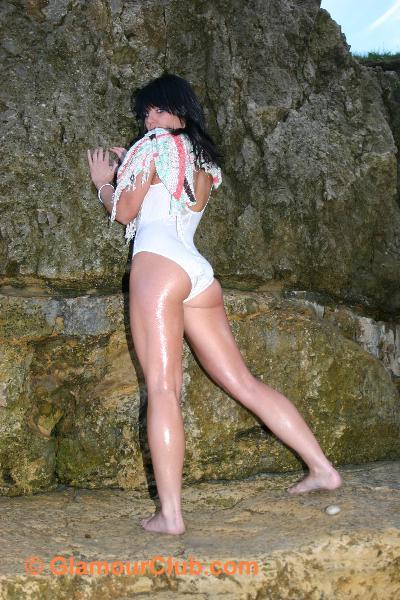 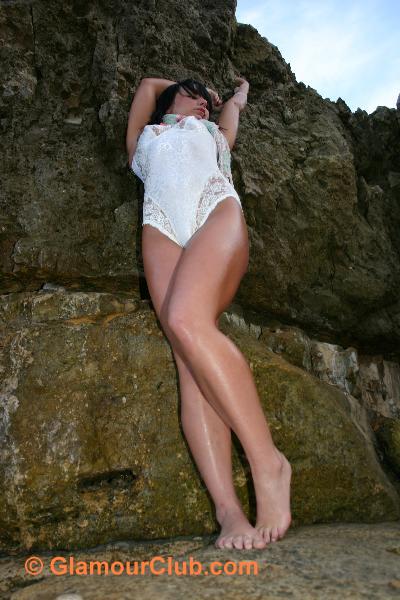 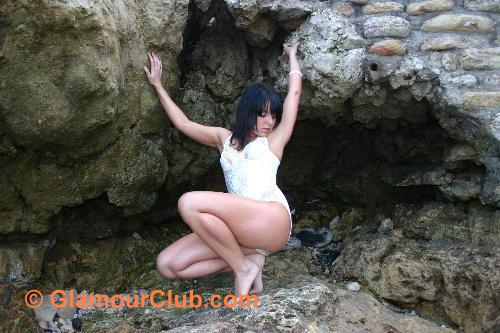 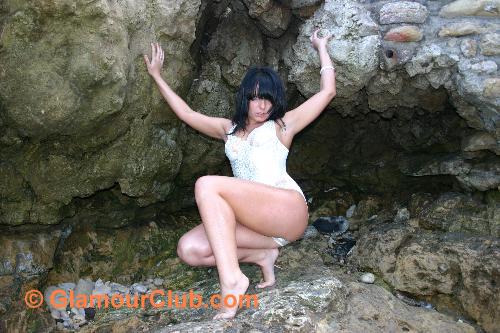 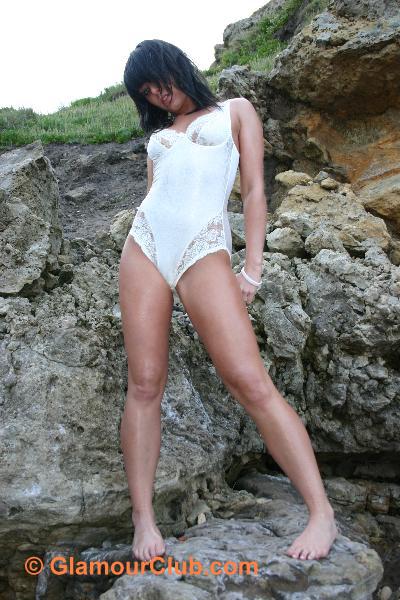